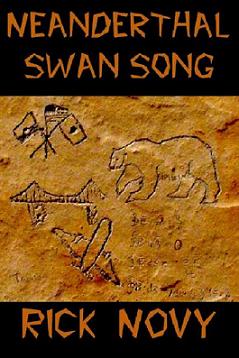 The world of anthropology would have been excited when a perfectly preserved Neanderthal body is discovered in the Greenlandic permafrost, if authorities would allow the details out. When an American anthropologist involved in the excavation is denied access to the body, she uses an illicit tissue sample as source material to carry the Neanderthal’s clone to term herself.

Meet Ike Mudge, twenty-first-century Neanderthal man. Self-educated and raised in a laboratory thirty-thousand years out of his time, he is alone in a world of billions. Will it drive him insane, or will he make a final contribution for his kind–a Neanderthal Swan Song?