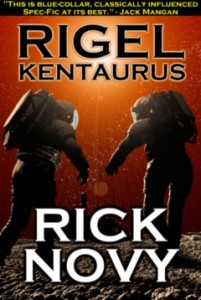 It’s the first human voyage outside the solar system, and Proxima Centauri is the destination. The crew of the sleeper ship Deep Space discovers we are not alone, and not everyone out there is nice.

Diverted to Alpha Centauri A (Rigel Kentaurus) to fetch and return a faster-than-light prototype, the crew learns that humanity is the only civilization to ever solve the light barrier problem.

Now, Deep Space must defend it as a military secret, because the mysterious Betels have been at war with the brutal Thrace since before mankind discovered fire–all with sublight space travel.

See a summary sheet here.
A separate PDF file containing only the language glossary appendices can be found here.