Ten years ago this week, I was sitting in Orson Scott Card’s Literary Boot Camp, held in Orem, Utah that year. It is an auditioned workshop held every year by Orson Scott Card. It’s something he does to pay the craft forward, and there have been a number of successful authors who have participated in these workshops over the years. 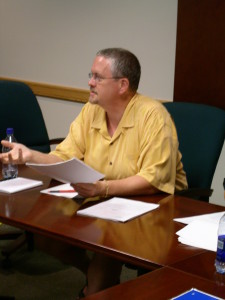 On the 19th, I hopped into my (now totalled) pickup truck and drove from Scottsdale, Arizona to Orem, Utah. I took the scenic route between the north rim of the Grand Canyon and Vermilion Cliffs to get past that big hole in the ground. 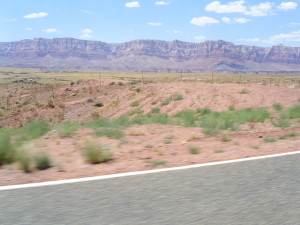 I don’t believe most of the members of my class knew that my trip to Orem was delayed when an RV caught fire on I-17 betweeen Phoenix and Flagstaff, completely closing the freeway for a good hour. 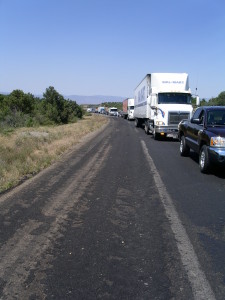 The class itself was five days of some pretty intense work, both writing and critiquing–something that would surely be easier today than it was a decade ago. We had some pretty good writers in the class, too, including Mary Robinette Kowal and Brad Beaulieu. 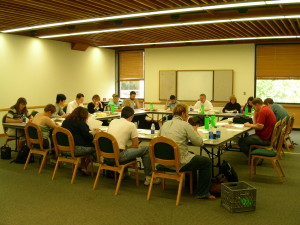 Orson Scott Card Literary Boot Camp Class of 2005. The empty chair is mine.

There were a lot of fantastic stories, all summarized by this page of doodles we passed around the room.

The experience was one that helped me break through several road blocks I had been experiencing as a writer, and it stimulated a bunch of stories that have subsequently been published in various venues. Unfortunately, I lost the roster I made on the last a of class. I had hoped to (digitally) track everyone down and give a brief status report. Perhaps I’ll do that whenever that piece of paper turns up. Until then, we’ll settle for the worst possible picture of me posing with big name author.