Usher In the Mathematically Illiterate Society

Math is Too Hard, Dammit!

Apparently, the state of Arizona is headed toward a mathematically illiterate society. We expect too much from from our children, at least, that’s what I gather from this letter to the editor that appeared on the opinions page of today’s Arizona Republic. (If you can’t access the letter or this is the future and it’s gone, you’ll still get the gist as you read.) 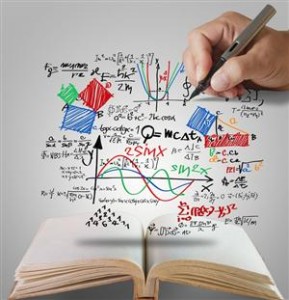 Understand foremost, Arizona’s public education system has been made by our state government into a chaotic jumble, and that’s being kind. Among many other things, I am an adjunct professor of mathematics at the local community college. For the fall semester, an astounding 50% of the course offering planned by the department falls into the remedial category. By this, I mean any class necessary to prepare a student to enroll in College Algebra. College Algebra is the entry-level math class, and it’s not unrealistic to expect public education to prepare students for this very basic general studies course.

The problem is, public education has become so politicized that academic freedom is a thing of the past. Laws are passed that change the standards, alter the testing, and move the benchmarks every few years. Teachers aren’t allowed to fail students. A full-time faculty member of my department who was once a high school teacher told me one of the reasons he left the high school was his inability to fail anyone. To illustrate, he told me of a group of kids who didn’t understand the material. He explained to the kids why he planned to fail them and why it was in their best interest. He explained all of that to the parents, too. There was consensus. Everyone involved agreed these kids should repeat the class, yet administration forced him to promote the students to the next class anyway.

It’s Not the Teachers

So, this isn’t a question of whether the teachers know the subject, or even whether they are good teachers. With very few exceptions I won’t address, the high school teachers with whom I have interacted have all been good teachers with a solid understanding of the material. It isn’t their fault that their hands are tied and they are forced to teach using methods they know don’t work very well.

Going back to that letter now, I’m calling the bluff. This letter was not written by a math teacher. The letter is an attack on Common Core standards using a lie intended to make the general public believe both that common-core is evil and mathematical rigor is an unreasonable expectation. (It would not surprise me if I learned this letter was actually written by Diane Douglas.) While I’m not going to address Common Core because I simply haven’t read the details, I am going to expose this charlatan for the fraud she is by picking apart her letter. This isn’t about Common core, it’s about advocating for mathematical illiteracy.

To start, this letter claims abstract thinking is too advanced for students until they reach high school, however, there is no grade or age under discussion. Then, she claims the kids can learn the steps without understanding the “why” of the process. No modern teacher of mathematics would advocate for rote memorization of process without bothering to fill in the understanding part. That’s why kids aren’t allowed to use calculators in grade school.

Let’s talk about the fifth graders first. (1) Multi-step problems are a part of life. That’s why fifth-graders are asked to solve them. Solving multi-step problems teaches fifth-graders to think about problem-solving process. That isn’t abstract, it’s an extremely practical life skill. (2) Complex has a very specific meaning in mathematics. Something complex involves imaginary numbers, and students are simply not asked to work with them in fifth grade. By complex, she means complicated, and no teacher of the subject would convolve the meaning of those two words. (3) The term “word problems” is a scare tactic. When I ask a class to raise their hands if they hate word problems, better than half the hands go up. If, instead, I ask how many have used math to solve a problem in real life, most of the hands go up. A word problem is nothing more than using mathematics as a tool, which is the entire point of the subject. (4) Mixed numbers, like 2-1/2, is something a fifth-grader should be able to do. They should be able to add basic fractions, too. Changing 2-1/2 to 5/2 is not astrophysics, nor is it abstract.

Now, on to the high schooler. Graphing a parabola is a basic skill of algebra. Indeed, we use graphing at all because humans are visual creatures, and seeing a picture of a mathematical function helps us to understand its behavior. F(x) = x^2 + 1 has no real solutions because the graph never crosses the x-axis. There’s a lot of implied information about how graphs are meant to be used buried in that last sentence, and I’ll be willing to bet several readers just learned something about algebra from it. Back to the point, if expecting a high school algebra student to graph a parabola is expecting too much, then we should simply remove algebra from the curriculum. After all, we wouldn’t want to ask a teenager to think. Imagine the ramifications of that concept!

Where am I Ever Going to Use This in Real Life?

That isn’t what floored me when I read Buckelew’s letter. It was this sentence: “Never in my life have I had the need to use these skills.”

Read that again, and remember the person who wrote it claims to teach mathematics. Even ignoring the paradox that a teacher of mathematics doesn’t use mathematics in her every day life, this sentence is what I submit as proof that Buckelew does not teach mathematics. Any teacher of mathematics can tell you the entire point of teaching people who don’t expect to use the subject in their career is to teach logical thinking as a way of problem-solving. Mathematics is just a vehicle to teach that life skill. Of course, people who retain the mathematical skills they learn in school use them every day, whether they realize it or not. “You’ll never get that piano through the door.” On the other hand, sometimes the use of mathematics is obvious. “This recipe makes too much, I’ll just half it.” Fear the mixed numbers.

The backwards thinking expressed by Buckelew is a good sample of why the way we do things in Arizona doesn’t work. We expect kids to pass a test, but we don’t expect them understand the material they are being tested on. And then, we wonder why the United States lacks home-grown engineers, doctors, and scientists. It’s also one glaring ramification of the underlying anti-science attitude in this country, especially coming from the political right. Science deals in uncovering facts, and sometimes facts don’t match agenda. Remove peoples’ ability to understand science (and long-term, to participate in science), then it will be easier to convince people that science is wrong. Mathematics is so fundamental to science that advocating mathematical illiteracy goes a long way toward ensuring a scientifically ignorant society who buy into intentionally fallacious arguments from those in power. I’m not saying it’s a conspiracy by the right, just that an ignorant population serves their agenda. Too many pols toe the party line and vote red or blue without understanding why the party wants them to vote that way. Sounds a familiar theme, doesn’t it?