Last night, Arizona governor Doug Ducey signed a bill into law that severely restricts the permissibility for abortions in the state of Arizona to be paid under any ACA (Obamacare) insurance plan. But, that isn’t what I’m posting about. As in many controvertial issues, both sides have valid points, which is why they are controvertial in the first place. No, today we’re looking at a sidebar of this same new law that compels a physician to inform an abortion patient that a chemically induced abortion can be “reversed.” The problem is, science doesn’t back that up. It’s a lie.

In its infinite wisdom, the Arizona GOP has forced through an ethical dilema for physicians. Nevermind the discussion of whether abortions should be performed at all. That isn’t what we’re discussing. Arizona has just legislated an ethical dilema for physicians: “Do I comply with state law, or do I tell the truth?” The law just passed has no basis in fact, and is no better than forcing physicians to inform patients that cyanide is not a poison. It’s a bold-faced lie forced by the theocratic lobby. 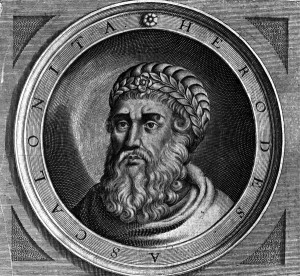 The Arizona GOP in office largely consists of scientifically illiterate theocratic tea party ramrods who don’t think through any potential unintended consequences. Driving much of the inane legislation pushed down our state’s throat is an organization called the Center for Arizona Policy, led by Cathi Herrod “the Great.”

Herrod was, among other things, responsible for the Arizona’s religious freedom bill (similar to that of Indiana) the legislature passed, but former Governor Jan Brewer vetoed. Herrod “the Great” and her organization are extremely influential in state politics, with an implied objective of a Christian theocracy for our state government. The mission statement of the organization is far less sinister, even laudable, but the implied objective is based upon observation of the organization’s actions. The mission statement is just words on a page. Actions define a person or a group.

The problem with electing scientifically ignorant politicians is they pass dumb laws. In this case, we have an attempt to legislate chemistry. Nature doesn’t work that way, and nature obeys its own laws whether we like it or not. In Florida, they made it illegal to use the term “climate change” in official discussion. The earth doesn’t care. The climate will continue to change as the laws of physics and chemistry decide, not as the Florida state government decides. Passing a law to force physicians to inform a patient that a chemically induced abortion can “be reversed” doesn’t make it true any more than you can “reverse” an acid burn on your skin. Why not pass a law forcing fireworks sales people to inform the customer that explosions can be reversed? This is the same logic, only in simpler langauage that our politicans might be able to visualize.

Governor Ducey, I urge you to seriously consider adding a scientific adviser to your staff. Passing this bill makes our state government look like the idiots they prove themselves time and again to be.

I queried a physician friend/writer about this issue and apparently the press and the government have been mis-stated. According to the physician, there are two doses of the drug to induce the abortion. Both doses are required to complete the process, and sometimes an abortion does not occur if the second dose is not taken. I have asked for clarification on whether children subjected to the first dose are born healthy, but I’m still awaiting a response.